Our Lady of El Pilar 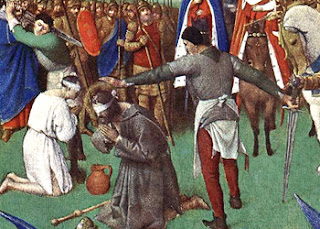 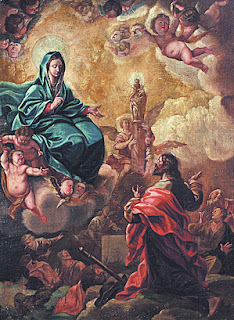 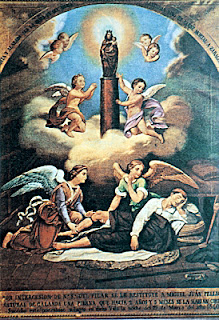 To these testimonies may be added that of Jerónimo Brizius (quoted by the Bollandists in Acta Sanctorum, vi, p. 118), who made the following declaration: “By order of Sr. Gabriel de Aldamas, Vicar-General of Madrid, I have read the publication regarding the astounding miracle wrought by Our Lady of El Pilar. I know that it is true. In the first place, I knew the young man at Zaragoza, where, deprived of one leg, he used to ask alms at the door of the Church of the Virgin; and I afterwards saw him at Madrid, whence His Majesty had sent for him, walking on his two feet. I saw the mark which the Blessed Virgin left to attest to the incision; and the other Fathers of this royal College of the Society of Jesus saw it, like myself. I knew the parents of the young man, who were assisted by the Canons of Our Lady of El Pilar. I also knew the surgeon who made the amputation. Dated, Madrid, at the College of the Society of Jesus, March 12, 1642.”
Posted by Fr. MILTON at 10:53 AM